War Of The Wireless. 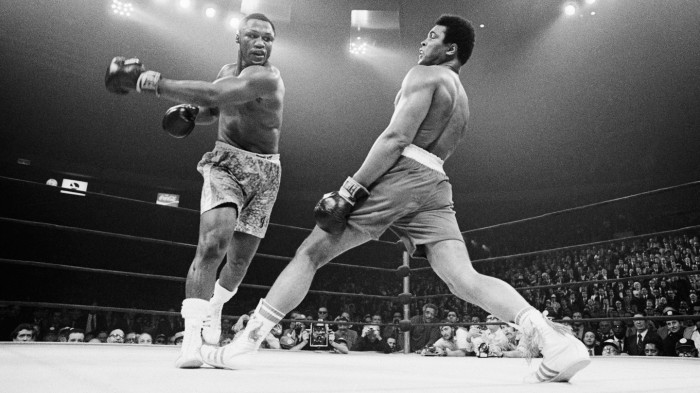 Verizon vs T-Mobile
6 Months after the
Super bowl spending spree.

The mornings on Madison Avenue in New York have a surrealistic urgency about them. Dressed impeccably, hundreds walk this street every day. Their movement overtly synchronized as if choreographed for a fashion show. Almost all of them with the same frown are intensely lost in thoughts. Many of them if not all have one thought revolving in their head, every day every morning; “when will I bag a wireless account?”. Strange you might think so but not if you are familiar with geography & advertising because Madison Avenue has always been metonymous with the advertising industry and with an estimated media spend of around 500 million dollars, wireless also known as Telco industry is what many ‘Mad Men’ dreams of every day – every morning. The wireless industry boasts one of the highest spenders in marketing. One key reason being when it comes to the battle of the brands, the wireless industry leads the arena for the fiercest rivalries in advertising. Not to mention another reason for its aggressiveness is that unlike other industries, the ROI in wireless can almost be measured in real-time. With almost all players keeping an eye on the monthly movement in subscribers among other parameters to gauge success. Innovation in pricing product or promotion usually has an immediate effect, giving very little time to react.

With over 400 million subscribers the wireless market in the USA is more than the population of many countries. Verizon leads the pack with over a 140 million subscribers, followed by AT&T with over 130 & T-Mobile bridging the gap with around 70 million. The bitter rivalry created through the challenger platform between Verizon & T-Mobile is how the audience sees the wireless industry in the USA. AT&T has not just been sporadic but also almost nonchalant in its advertising. AT&T seems less interested in churn & more interested in acquisitions these days; hence the audiences ignore AT&T as a competition and are accustomed to Verizon & T-Mobile in the ring (pun intended). T-Mobile has positioned itself as the challenger brand (Surprise! Surprise!), gradually but steadily adding to its subscriber base. T-Mobile this year went for the jugular with its biggest advertising assault in recent times by buying three minutes of airtime in the Super Bowl. For those who are not aware, a 30-second spot during Super Bowl costs about $5 million. Multiply that by 6 & you have the annual advertising budget of many top brands. Team T-Mobile in Super Bowl was led by Justin Bieber & included Martha Stewart, Snoop Dogg and Kristen Schaal with the objective to sell its unlimited data plan and exploit the pain caused by Verizon billing. Apparently, the agency was given a one-line brief, “you have enough money to spend” or perhaps that is exactly what the agency deciphered. The result was obvious, to say the least, seemed more like a well-executed high-school assignment. This perhaps was the pitch; “Let’s divide everyone using mobile into 4 demographics, make a series of ads casting the celebrities they like and place them in a funny situation”. PS “We need a viral content, so let’s do a really sleazy one based on sex” The wireless carrier tapped a roster of celebrities including Justin Bieber, Martha Stewart, Snoop Dogg, and Kristen Schaal to promote its unlimited data plan.

It was in my humble opinion the worst use of millions and the worst possible campaign for 2017. There was no strategy except to make a 30-second sketch of celebrities that catered to different audiences – plug-in T-Mobile in the story. There is no soul or in technical terms a brand DNA. The simple exercise of removing T-mobile & planting any brand in the campaign can prove this hypothesis. A research conducted by YouGov BrandIndex one month after the campaign measured the Buzz (Buzz, indicating what consumers have heard about brands), WOM (indicating how much respondents have said about brands) and Purchase Consideration and came up with a Top 10 list. On Buzz T-Mobile was 9th, 10th on WOM and nowhere on Purchase Consideration.

While Ad Agencies still tango around how to calculate the ROI of a campaign, my premise is simple. If you spend over $50 million on a single campaign, and it does not have a significant effect on the purchase decision, you are doing something wrong. Or you have a really good sales team (aka Account management team).

The Verizon response came within a month. https://www.youtube.com/watch?v=t3zptG2nVmM

Unlimited finally got a network it deserved (pun intended) because of two reasons. One because Verizon was being attacked vehemently by T-Mobile with its Unlimited Data and was suffering massive losses in numbers. In 2016 T-Mobile added 3.3 million customers to the most lucrative segment in the industry – Postpaid. Compared to that Verizon roped in 2.3 million which is almost half of what they added in 2015.

The second reason for Verizon to go Unlimited is the appointment of a new CEO. A man who figured out the obvious – the importance of Unlimited in this streaming age of everything Video.