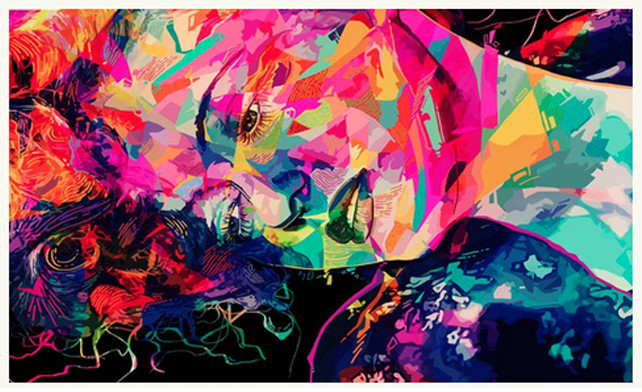 Can objectifying women in advertising be a good thing?

I love Jennifer Aniston as much as Donald Trump loves his hair. I have watched an episode of Friends every day since 1994 and all her movies. Yet I never truly understood the title “The object of my affection” till I saw someone post a video by a Manhattan-based advertising agency called Badger & Winters. The agency makes a statement about women in advertising in this highly engaging short film, titled “We Are #WomenNotObjects.”

The agency promised to quit one of advertising’s worst habits—objectifying women. The video posted a few months ago had 1,879,299 views. Before you read further I suggest you google ‘Objectification of Women’; I did, the first hundred images were ads and advertising was not even a keyword in my search. So was Badger & Winters fair in highlighting this issue without any hidden agenda. The agency, after all, specializes in brands for women and what better way to position yourself as an agency that understands women than saying “We understand women”; but that’s another debate. The rationale being given revolves around the accusation that a male-dominated industry consciously demeans women for boosting sales in a male-dominated society. I agree that happens but wonder how is that demeaning. In my opinion, it reaffirms the premise that women are superior and that men need a little extra effort to convince a woman that they are worthy of her. It does nothing less but glorifies women. Why is the advertising industry being singled out? Since time immemorial women have been at the vanguard of temptation. Over three billion people in the world believe that a Man chose to listen to a Woman, instead of listening to God. The forbidden fruit represents the core of human psychology. Even if you fall in the ‘rest of the world’ category, you cannot deny the fact that for billions ‘this forbidden fruit’ has been the cornerstone of how the human civilization evolved. Hence the question of why blame the advertising industry. Advertising is and must be reflective of basic human insights. Take the example of a recent brand that came under this scrutiny and the one that changed its course arguably because of this objectification – Axe. The story behind its original campaign was pretty simple – a hallmark of a great idea. Buy Axe, women will love you for it and will do anything for you.

But is that something to be ashamed of? It is one of the most normal, mundane reactions that one can think of. We have all been in love and know that our spending habits alter the day we fall in love. We are spending more on restaurants, colognes, clothes, gifts, jewelry and all that is triggered by a woman – ‘the woman’. A few years ago I was scared to admit publicly that I don’t like the new Old Spice campaign.

A creative everyone was raving about, winning awards and bringing back Old Spice from the brink of extinction. Then one day my wife saw the ad and I heard her say something nice about an ad for the first time since we have been watching TV together. It bothered me that I am not able to comprehend the genius in the ad and I started my search to find the case history that made this great campaign. What I found out was not only interesting but also very relevant to the defense of the advertising industry. The campaign was built on the premise that women play a major role in influencing men’s choice of brands in personal care. Hence the campaign was designed towards women, which I never knew. Immediately I realized the great idea behind the campaign. And it is not just personal-care, women directly or indirectly influence a man’s decision in a lot of purchase decisions. Yes, there have been some who have taken this insight and churned out offensive and disparaging campaigns. But do you blame the entire advertising industry for that? Do you blame all doctors when you hear about malpractice? A man yearns for compliments from the opposite sex, whether it’s the cologne he is wearing or the lifestyle he has. It is in a man’s innate nature to please women, to make them happy and win their approval. If you look at it from a different perspective, it is actually sad that men need the affirmation of women to convince them that a particular brand is good for them. I can understand the disgust these ads create, but I would rather feel sorry for these men than blame the advertising industry for objectifying women.

William Golding sums it up perfectly on behalf of the advertising industry “I think women are foolish to pretend they are equal to men, they are far superior and always have been.”